""I did not understand the statements made by Uli Hoeness," Low said at a press conference. "Miroslav Klose has done a lot for German football, he scored many goals and showed great performances in the last 12 or 13 years.

"It's phenomenal how he plays at his age, his presence and how he plays and scores in Italy. He has to take responsibility, he is experienced. He and [Bastian] Schweinsteiger must set the sails and direct the organisation. Take care of the structure. Players like [Sami] Khedira, [Per] Mertesacker, Schweinsteiger, [Manuel] Neuer, [Holger] Badstuber and Klose need to be able to implement these things that we trained."

Klose has appeared for Die Mannschaft 124 times, scoring 64 goals and is four shy of tying Gerd Muller's national record of 68 goals. He is expected to start for his country in its upcoming fixture against Republic of Ireland."
Forza Lazio 😡
Citavimas
0

“Yes, there is bitterness, as we should’ve finished the game earlier,” said the Coach after this 1-1 draw in Athens.

“You can tell from these incidents that we are not mature enough. We had the chances to secure the result and were too naïve. This is a warning, we have got to play for 90 minutes.

“It’s true we were trying to win without pushing ourselves 100 per cent. I rested some players who have been working very hard, but the others must take their chances better. Otherwise they aren’t going to fight their way into the starting XI.”
Forza Lazio 😡
Citavimas
0 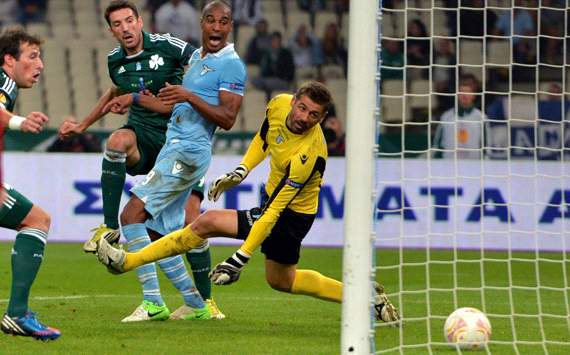 Lazio have once again dropped Mauro Zarate for today’s difficult trip to Fiorentina.

The striker had already been frozen out by Coach Vladimir Petkovic for not giving his all in training and no reason was given for this new snub.
Forza Lazio 😡
Citavimas
0

Lazio have once again dropped Mauro Zarate for today’s difficult trip to Fiorentina.

The striker had already been frozen out by Coach Vladimir Petkovic for not giving his all in training and no reason was given for this new snub.

"“I consider myself the first person responsible for this defeat,” said the Coach.

“Up until the first goal we weren’t doing too badly, but our attitude after the second was inexplicable.

“I just hope the derby was not already in the minds of my players. It is an important game, but it’s still a week away.

“I substituted Hernanes at half-time because he was not playing well. We kept up the tempo, but did not perform. It’s a psychological issue.

“The Rome derby is very important, but before that there is the Europa League.”"
Forza Lazio 😡
Citavimas
0

“The Rome derby is very important, but before that there is the Europa League.”"

"“After a heavy defeat, you have to prove that you’ve got character,” said Petkovic in his Press conference.

“I hope this can all help us to improve. I consider the Catania defeat to be like the pre-season one with Getafe, where we all looked each other in the eye and got our feet on the ground.”

The Coach insists squad rotation ahead of Sunday’s Serie A showdown with rivals Roma is not on his mind.

“I always try to play the best team for this moment. After all, tomorrow we are also playing for three golden points. It’s a shame the Derby is so close to the Europa League match.

“Panathinaikos have grown and rediscovered their confidence, but we are playing at home and so must focus on ourselves.

“I am certainly not snubbing Europe, as we want to push forward and win tomorrow to secure qualification. I have to make some calculations so that I can win both games.

“I don’t know if on Sunday we’ll see the best Lazio, as I am not a wizard. In any case, I have faith and it will be important to win in order to lift morale.”

Ederson is again ruled out, but goalkeeper Federico Marchetti and defender Stefan Radu are back in the squad.

“Radu’s recovery can help us make that step up in quality, also increasing the competitiveness in the centre and on the flanks.

“I will decide tomorrow morning whether or not Marchetti will start. Hernanes is in good shape, I just have to decide whether to use him.”
Forza Lazio 😡
Citavimas
0

“It was important to get back to a strong performance and we showed today we can do well even against a team like Tottenham,” said the Coach.

“We only lacked a goal after creating four or five chances, but despite this I must compliment my lads for what they achieved.

“How far can we go? I don’t know… We certainly want to win every game and impress, starting from the match with Maribor where we will aim to secure first place in the group. We can fight it out with anyone.”

“It was wonderful to see so much enthusiasm,” continued Petkovic. “You can tell that Gazza brought so many emotions to these people that they remained intact even after all these years. I compliment Gazza, but above all this crowd.”

Hernanes limped off with a slight thigh problem, while Miroslav Klose missed out due to a knock.

“I hope Hernanes will be fit to face Udinese. He started the second half with a thigh twinge, but it shouldn’t be anything serious and we replaced him as a precautionary measure.

“As for Klose, we have to evaluate his condition over the next few days.”

Lazio look to be the only Italian side who will qualify top of their group, as today Inter fielded a group of teenagers in their head-to-head with Rubin Kazan.

“I knew before I arrived that in Italy they generally do not focus much on the second competition, holding the Coppa Italia in the same consideration. As far as I am concerned, we are targeting all three tournaments and I want my lads to always give their all.”"
Forza Lazio 😡
Citavimas
0

"In an interview with Antonello Piroso, which Lotito was an hour late for, the Lazio President gave his thoughts on popular topics.

On his arrival at Lazio:
"When I arrived, I said that I wanted to bring Lazio out of a coma to recovery. On my arrival, I found a club that had a structural debt of 550 million euro. At the time, there was controversy, saying I was a friend of Storace (Francesco Storace, a politician) but I acted as a fan."

On Petkovic:
"If I chose Petkovic over Zeman, it is because I value more the human qualities demonstrated by Petkovic. A coach must then also have the support of the team: for example, Ballardini was distracted by dressing room problems."

On Lazio:
"For six years, I think, I was devoted only to Lazio. I am a forward man, I like challenges and Lazio is a challenge. Against Tottenham, I defended Lazio in the wake of controversy to make it clear to fans that I hold a different attitude."

On the Tottenham Fan who was attacked:
"It was only right to support an opposition fan who was in trouble. Lazio are a big family and we must uphold century-long traditions."

On Mauri:
"I don't know the facts but I know Mauri - he has good morals and behaves. He went on a pilgrimage to Medjugorje with Floccari - I find it difficult that he could be both Dr. Jekyll and Dr. Hyde."

On Salerno:
"I'm proud of what we've managed at Salerno - I have brought 11 Lazio players to the club. The idea was to create a synergy between the clubs and to get people in the stadium to restore Salerno back to footballing matters."

On the stadium:
"I intend to carry out my stadium plan. Italy needs new facilities to progress. I was right before with the salary cap and tax relief"

On Diakite':
"I spoke with Moratti and we cleared the matter - he's not interested in the player. When I said there was an agreement with a club in Milan months ago, it was a joke."

On Zarate:
"He only plays if the coach feels he deserves to. Will we sell in January? It is counterproductive to keep a player against his will. If we receive an adequate offer, we will evaluate it."

On fans:
"With their support, we can achieve great things. We have an interest in changing the system to become competitive internationally."
Forza Lazio 😡
Citavimas
0 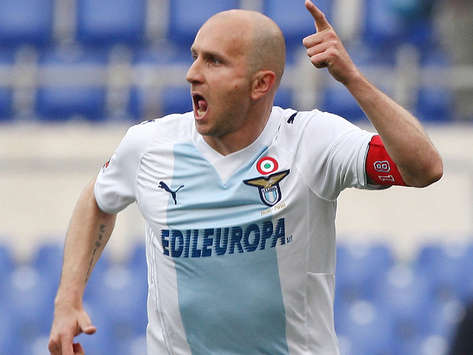 badboyyy 1778
2013/07/09 23:48
#904917
Lotito šiandien pristatant sezono aprangas prašneko ""I thank you all because you demonstrate desire to be there. We will make great things, but we must be united because unity is strength. Team was reinforced and will be further. Dimosteremo Rome is not subordinate to anyone, we want to stop the dominance of the North" įdomiausias sakinys tikriausiai "Team was reinforced and will be further" čia kalbėjo apie šią vasarą ar ateitį ateitį...who knows 😕
Forza Lazio 😡
Citavimas
0 “I was having dinner with my brother near to the Termini Station and there were some tourists sitting next to us,” Onazi told Lazio Style Radio after the story hit the headlines.

“I saw a boy and immediately felt due to his suspicious behaviour that he wanted to steal something. I didn’t even have time to tell my brother that he had already snatched the tourist’s wallet and run off.

“I noticed it, so I ran after him, but stayed on the other side of the street. I ran for 300 metres, the mugger left the wallet under a car, but I saw him.

“At that point, seeing as the situation had been resolved, my brother and I left.”
Forza Lazio 😡
Citavimas
0